bin 41 is bubbly central. Note: Remember it can only be called Champagne if it’s grown from grapes in the Champagne region of France, and is produced under the rules of the appellation. Otherwise, it’s called sparkling wine. The Bin supports small growers because, “These are the folks out in the vineyards,” says owner T. McNamara. “Their hands tell the story of their hard work and their hearts share their passion and craft in each bottle they produce.” According to T., these growers keep only their best fruit to make small lots of Champagne that share the essence of place. Supporting over 60 growers, it’s tough to nail down a favorite, but here are a couple of the Bin’s picks for your New Years celebration: Rene Geoffroy & Chartogne-Taillet. 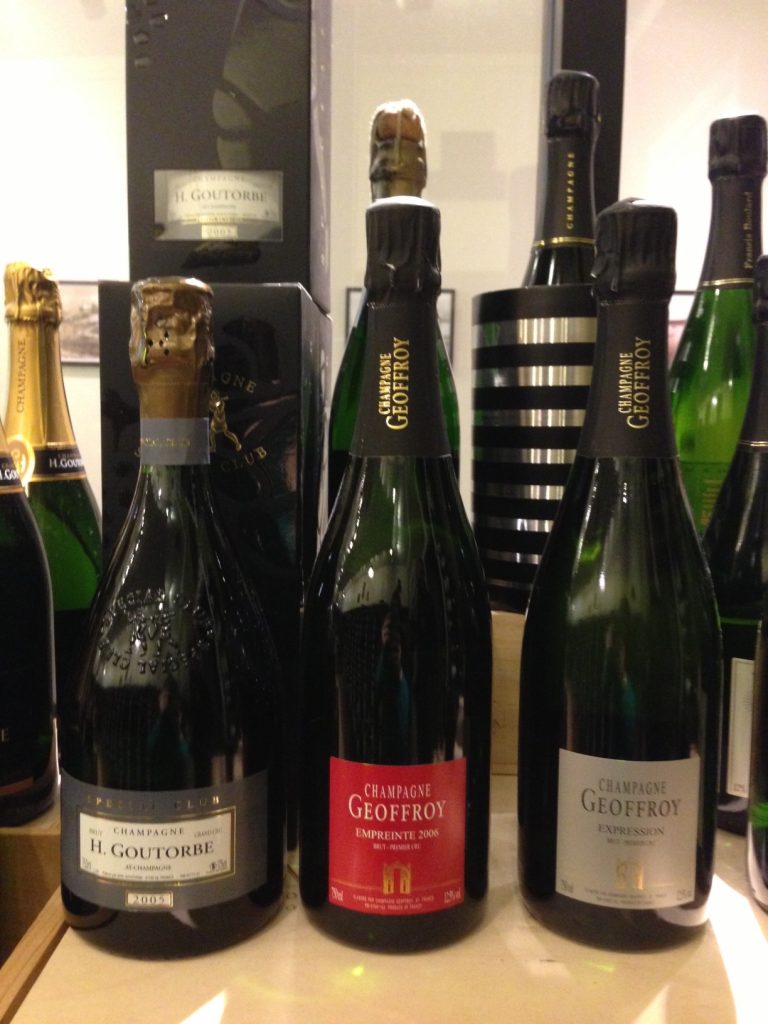 With winegrowing roots that date back to the 17th Century, the Geoffroy family has winemaking in their blood. Jean-Baptiste Geoffroy and his father René farm 14 hectares of vines averaging about 20 years of age with the oldest dating back to 1926. They incorporate sustainable practices in their viticulture, including the planting of cover crops, tilling the soil, and more. The family makes three main cuvée: Expression, Empreinte and Volupté, and some distinctively delicious Brut Roses. McNamara says, “These Champagnes are in very limited supply so grab them while they last!” Chartogne-Taillet is also one of Bin’s favorite grower producers. The first document showing vinegrowing activity by the Taillet family dates back to 1683. In 1920, Marie Chartogne married Étienne Taillet, creating the Chartogne-Taillet estate. In 1978, Philippe Chartogne and his wife Élisabeth took over the estate, and today, their son Alexandre is at the helm. With a written diary of vinegrowing and winemaking records dating back to Fiacre Taillet (born in 1700), the family has a special cuvée named in his memory. Chartogne’s parcels are plowed by horse where possible, and cover crops are grown between the rows of vines. The viticulture focuses on preserving and expressing the distinct characters of the various terroirs of clay and sand over chalk. “The vines are living in two different environments,” says Alexandre. “So it’s important that the roots go deep into the ground in order to extract real minerality, and sometimes our roots go down more than 20 meters.” 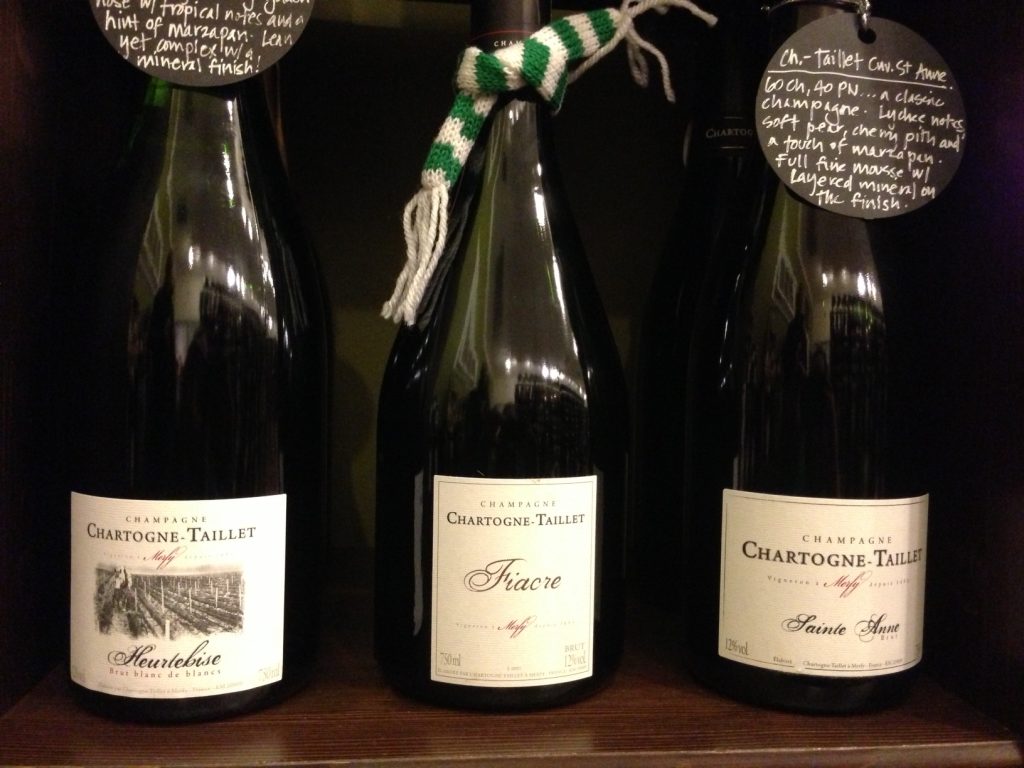 In addition to the producers above, McNamara also recommends Vilmart & Cie, Pierre Peters, Gaston Chiquet, H. Billiot Fils, H. Goutorbe, and Francis Boulard, to name a few. So have fun bubbly shopping, but take your cheat sheet so you are not overwhelmed with options! Cheers!]]>