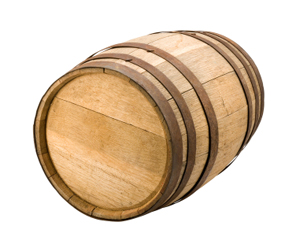 The Barrel Junction is coming! Saturday January 19th through Saturday January 26th, The Beer Junction will be hosting the first annual barrel aged beer week! All week long The Beer Junction will turn over the majority of their 20 taps to great barrel aged stouts, barleywines, sours, ciders, IPAs, and more! A few highlights include: The Lost Abbey’s Deliverance, De Dochter Embrasse Ardbeg Whiskey Aged, Firestone Parabola, Fremont’s Oak Aged Dark Star Imperial Oatmeal Stout (infused with hazelnuts and smoked peppercorns), Duo Brewing Rye Whiskey Aged Scotch Ale, plus lots more. How does it work? It’s simple- get a 10oz pour of your favorite, or build a sampler tray of 4, 6, or 8 varieties (4oz pours each). Individual 4oz pours of any beer will also be available. Due to limited supply, most of the barrel aged beers will not be available for growler fills. Not into barrel aged beers? They’ve got you covered there too. All week long 6 of their 20 taps will be devoted to some of their favorite IPAs, pale ales, ambers, lagers and more! The Beer Junction always offer at least one cider on tap and red and white wines by the glass. And if all else fails-check out the bottleshop area for their 1500 bottled beers, ciders, meads, sakes, and wines, which can also be enjoyed in house! The Beer Junction is located at 4511 California Ave SW, Seattle, WA 98116.]]>