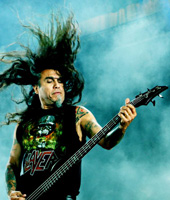 [/caption] “Photographer/writer Kelly O is best known for her “Drunk of the Week” feature in The Stranger (it’s kinda self-explanatory). This will be her first music photo show, but will also include a bunch of her classic “drunk” shots. You wouldn’t usually pose for a photo, but come 2 AM, watch out…you just might be a drunk of the week.” Local post-punk big deals the Absolute Monarchs take the stage at 9pm.”The Absolute Monarchs, already reigning over Seattle basements and clubs with their no wave garage-ey gracelessness…Pulling, but not lifting from bands like the Monorchid, Sonic Youth, Drive Like Jehu, and Billy Childish these four have crocheted a scarf and mitten set of dangerous rock angst. Your new favorite band.” – The Stranger]]>