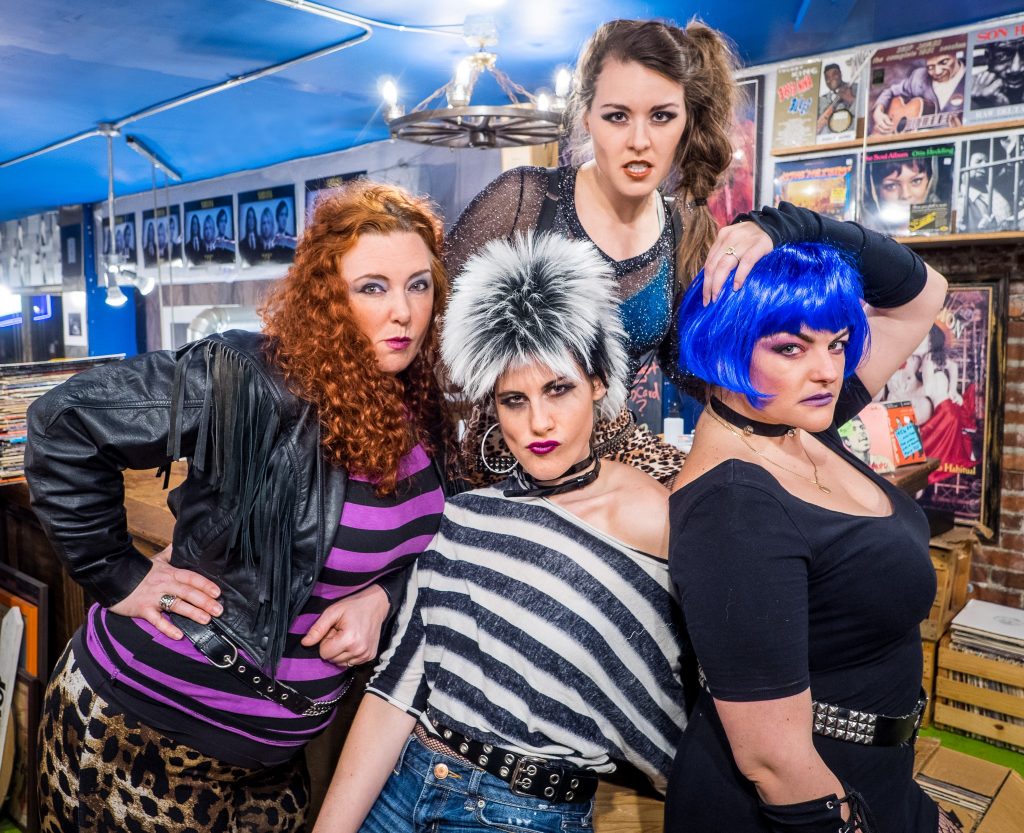 The Angry Housewives are baaaaaccckkk at ArtsWest, April 23 – May 24!

“Bored with their everyday mediocre existence and tired of the men in their lives, our four heroines get angry and form a punk-rock band to win some much needed cash in a local contest. Beginning with the first licks, this satirical twist on 1980’s feminism turns into a feverishly-rompy punk-rock musical. Outrageous and irresistible, first produced in 1983 by the creative team of Seattleites Chad Henry and A.M. Collins, Angry Housewives lays claim to the longest sold out run of a musical in Seattle history.”

Be one of the first to see ArtsWest’s revival of Angry Housewives at the Preview tonight, Wednesday, April 22, 7:30pm. Tickets are pay-what-you-can and available at the box office starting at 6:30 p.m. General seating. There will also be beer from Elliott Bay Brewing Co. for one buck!   RSVP for this special ArtsWest event here on Facebook!