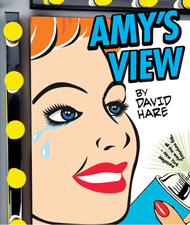 Amy’s View runs September 7 – October 1, 2011 at ArtsWest. (By David Hare; Directed by Christopher Zinovitch) It is 1979. Esme Allen is an actress in London’s West End just at the moment when the West End is ceasing to offer actors a regular way of life. The visit of her young daughter, Amy, and her new boyfriend brings conflict between the two and sets in train a series of events that only find their shape eighteen years later. *Recommended for ages 13 and older. *Photo: ArtsWest]]>