After Summer Fest, we’ll be keeping the party going the rest of the summer with a great selection of films. We’ll be showing a wide variety of fun picks from family-friendly favorites, to cult classics, to high-energy summer blockbusters. Here’s the full line-up: 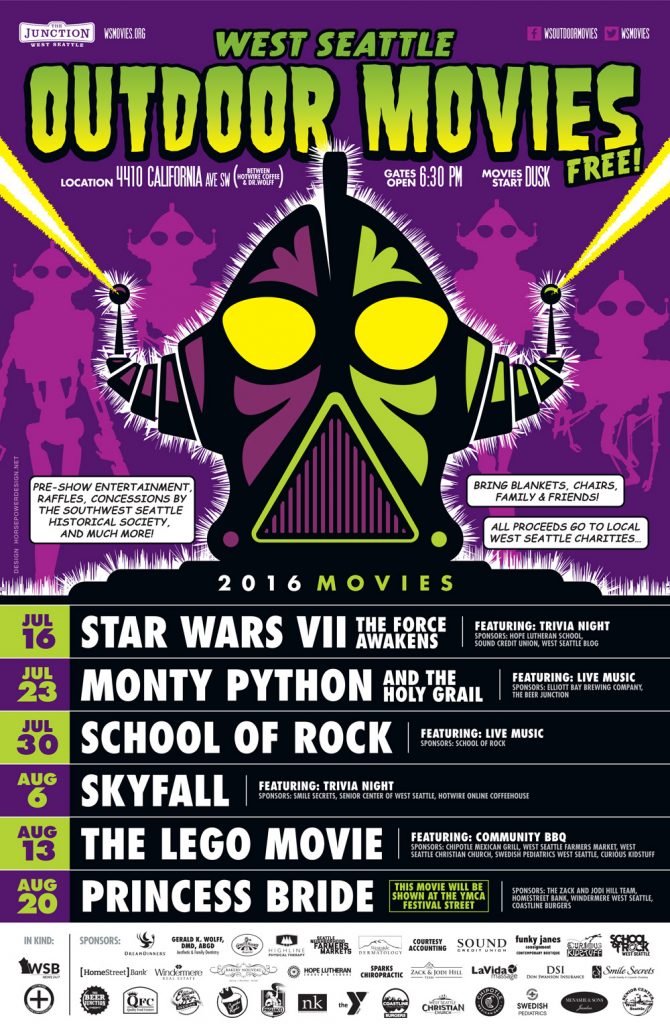 This season is also special because it will be the final year that Hotwire Online Coffeehouse will host Outdoor Movies. Next year our friends at the West Seattle & Fauntleroy YMCA will be taking over and hosting the 2017 season at their brand new campus. This transition will allow us to accommodate more people at each movie and get more of the community involved in this fun event. We’ll be celebrating the “passing of the baton” by holding the final movie of the 2016 season, Princess Bride, at the newly expanded West Seattle YMCA campus. Come see what the future will hold and join us in ushering in another awesome year of Outdoor Movies!