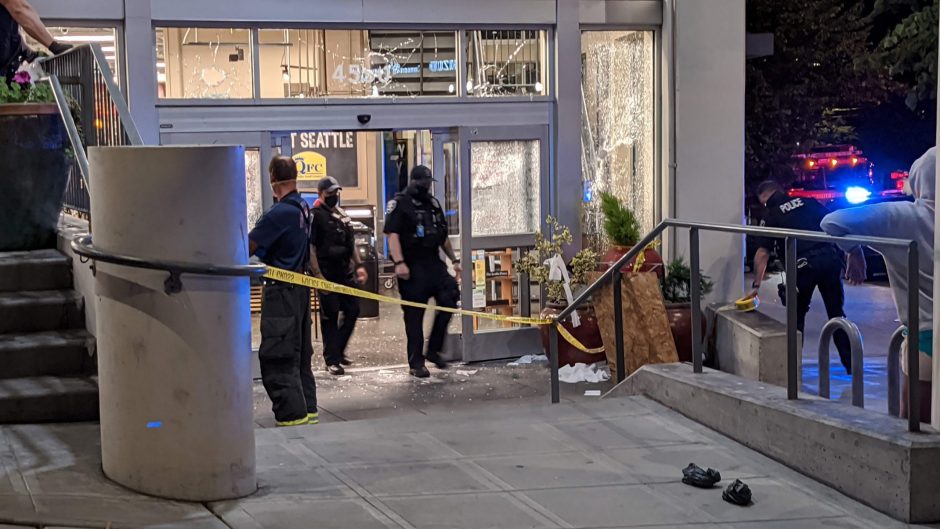 Seattle is at a critical juncture. As a city, we face our toughest challenges in nearly 100 years. From the continued health risk of the pandemic to the devastating impacts on our economy. To move forward and make progress, Seattle leaders and community members must work together. We must listen to each other. We must be thoughtful, inclusive, and deliberate in our response to the significant health, economic, and social challenges we face. While we undertake this important work, we should be also committed to keeping our city safe for all. We cannot sacrifice community safety without a concrete plan tied to measurable results. We must maintain 911 response times for serious emergencies.

Most importantly, we must build a broad consensus on public safety strategies and outcomes and restore the public’s confidence.

It’s important the city knows what activities are occurring at Junction Plaza Park, a park owned by Seattle Parks and Recreation, located in the Junction. Recently, the Junction director sent a statement in the Junction newsletter.  The Junction is actively involved starting conversations with the Hygiene Station team around the escalating violence and drug use in the park. We are focused on advocating for a responsible approach to re-imagining mental health services and policing to keep every person safe in our city.

Send an email to Human Services. Together, we can work to elevate the need for more mental and drug counselors at the park. Let’s get people to the services they need, and support accountability:

The Junction is capturing the most recent complaints from our neighborhood community members, we’ll add your voice:

On 09/21/20 the community members received this letter:

Thank you for your recent email raising concerns about public safety and hygiene services being provided at Junction Plaza Park. This past May a hygiene station, including a handwashing station and two sanicans, one of which is ADA accessible, was placed in Junction Plaza Park to provide unsheltered neighbors access to hygiene services to help prevent spread of  COVID-19. This is one of 15 hygiene stations located throughout the City and over 100 park restrooms with enhanced cleaning that have remained open in continuation of ongoing work by the City and County to bring critically needed resources to those most in need during the COVID-19 pandemic.  More information on these citywide hygiene efforts can be found on Seattle Public Utilities’s blog:  https://atyourservice.seattle.gov/2020/09/08/hygiene-resources-for-citys-most-vulnerable-during-covid-19/ This particular location was selected because it’s City property and is in an area with recognized need, and, at the time it was selected, lacked clean, publicly accessible hygiene services. Hygiene stations are continually monitored to ensure that they are meeting the intended need of the surrounding area. Seattle Parks and Recreation staff and Seattle Public Utilities contractors inspect, clean and service the Junction Plaza Park Hygiene Station three times a day, addressing any trash or litter and ensuring the facilities are in working order. People experiencing homelessness have varied needs, which can include treatment for behavioral health disorders and drug-dependency. Homeless outreach providers build relationships with people living unsheltered to help connect them with resources and shelter. This process can take some time. On Friday, a System Navigator from the City’s Navigation Team was able to connect with some folks in Junction Park Plaza, resulting in a referral to shelter, and a REACH homelessness outreach worker was also in the area. The Navigation Team will continue to work in the area and partner with City-contracted outreach providers to engage people living unsheltered. Since March 16, in response to the COVID-19 outbreak, the Navigation Team has made over 600 site visits for outreach, conducted over 1,000 litter and debris mitigation operations, and made over 520 referrals to shelter.  This work is ongoing. We are committed to serving the needs of the unhoused, housed and business communities as we work to meet the challenges of the COVID-19 crisis. Best, Jason Johnson Interim Director Human Services Department Mami Hara General Manager/CEO Seattle Public Utilities Jesús Aguirre Superintendent Seattle Parks and Recreation Andrés J. Mantilla Director Department of Neighborhoods

To install toilets in the middle of a neighborhood district with zero oversight is both dangerous and tone deaf. It’s why we’ve been imploring Human Services to remove the facilities since mid-May and/or send drug and mental health counselors to Junction Plaza Park on a consistent basis. Unfortunately, the letter doesn’t address specific action steps, nor do we have any measureable results directly related to Junction Plaza Park. The Junction implores the community to keep writing to the people who CAN send the support needed. We must help the people in crisis who cannot help themselves. Seattle should be a place where everyone thrives. Unfortunately we are seeing hundreds of small businesses shutter this year—and many more struggling—because of the COVID-19 recession and the impacts of repeat criminal activity. Small businesses create the fabric of our neighborhoods and we need them to come back stronger than ever. Seattle should be a place where people are proud to operate businesses, work and live. The City Council should listen to our neighborhood community members and small businesses. The hygiene stations are another version of the ill-fated toilets that were installed in downtown Seattle a few years ago. See the Seattle Times article here, the removal of toilets made national news here.  Those were eventually pulled due to being overrun with drug issues. Why should 15 individual neighborhoods now suffer the same consequences? [caption id="attachment_24097" align="aligncenter" width="940"]